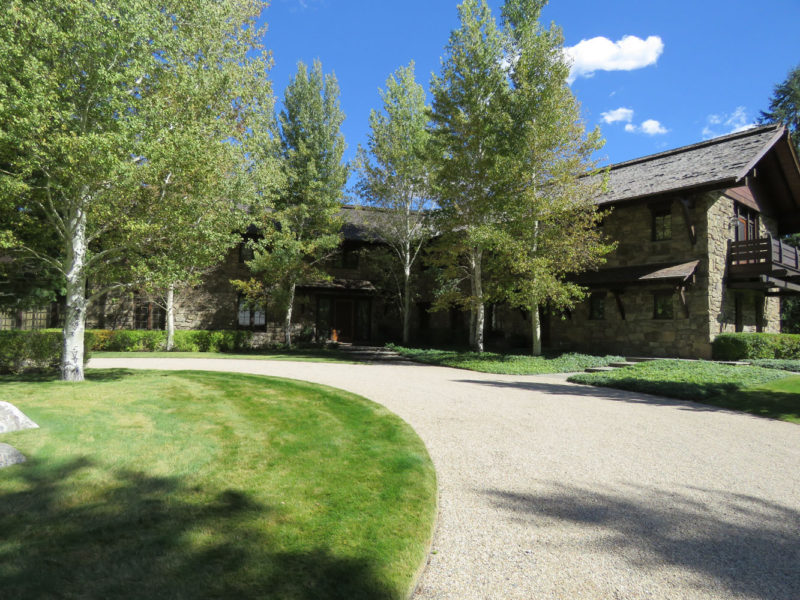 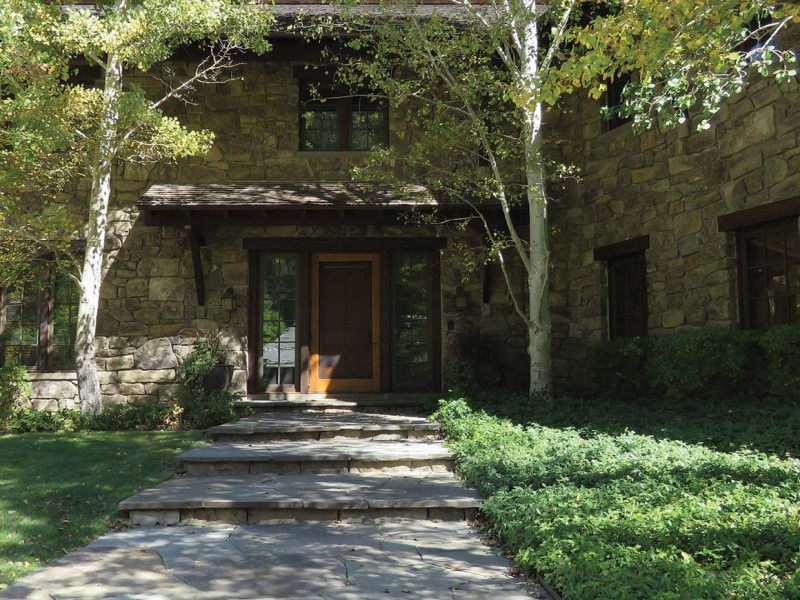 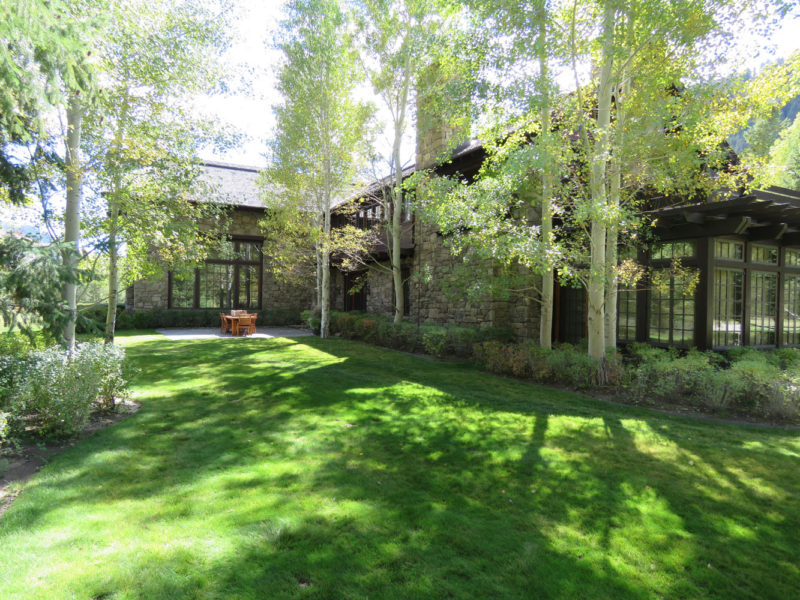 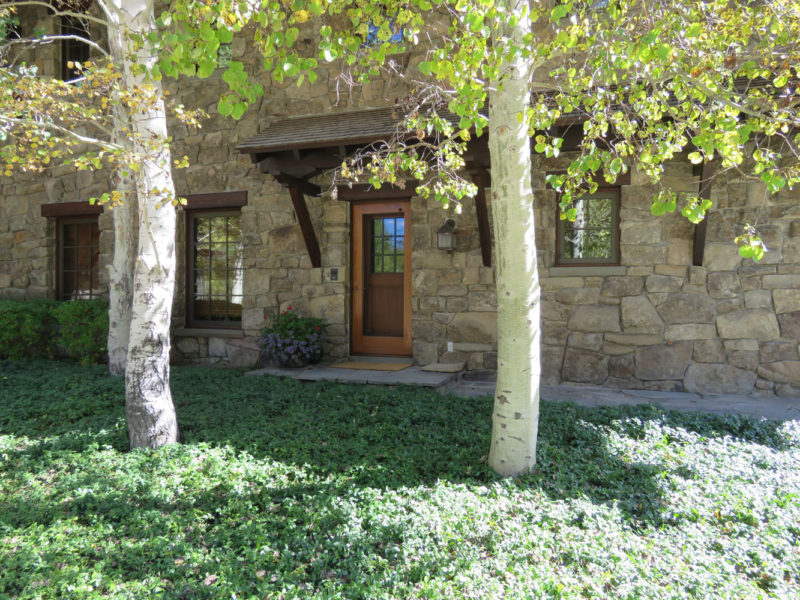 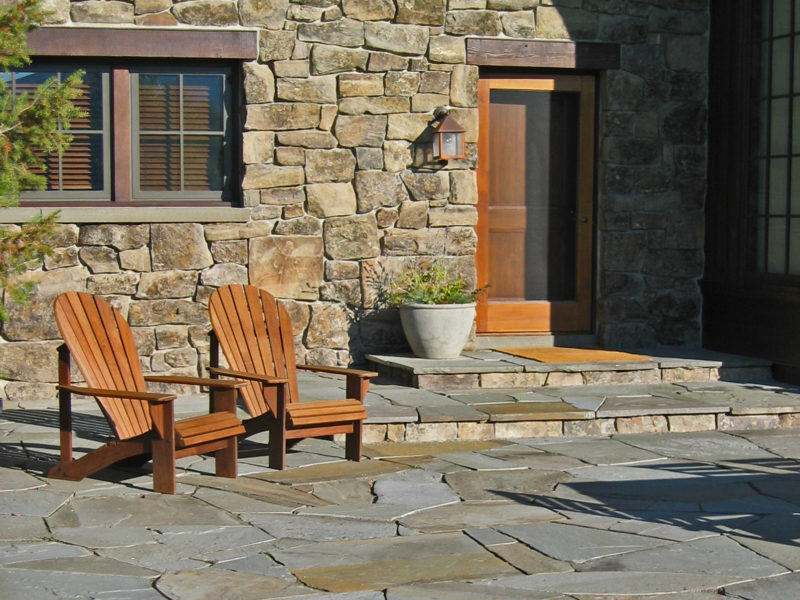 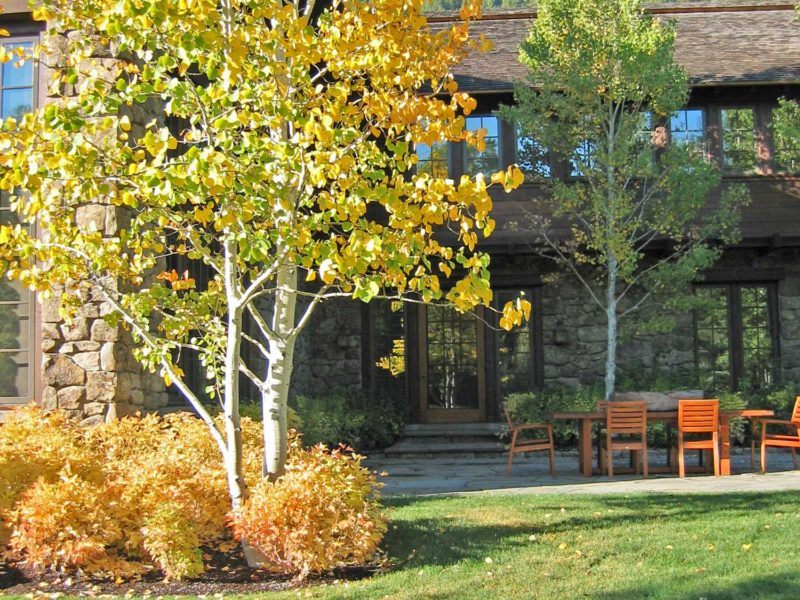 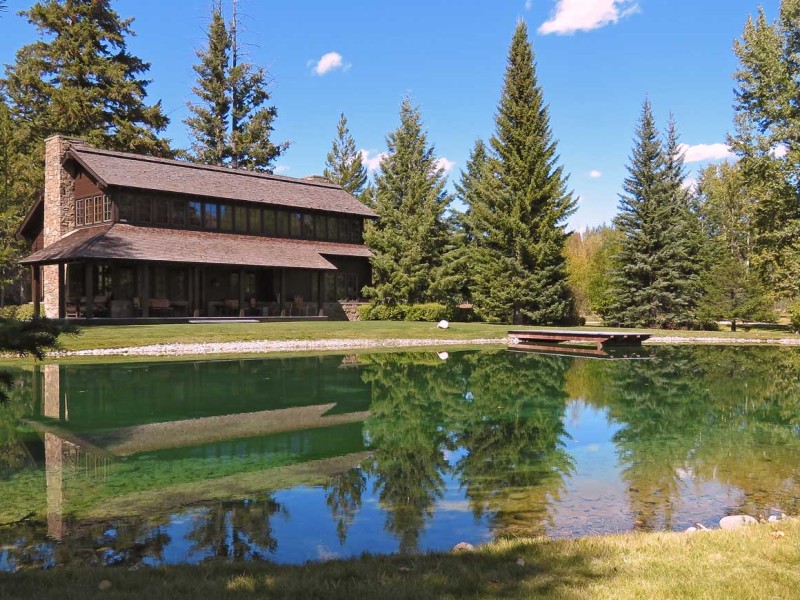 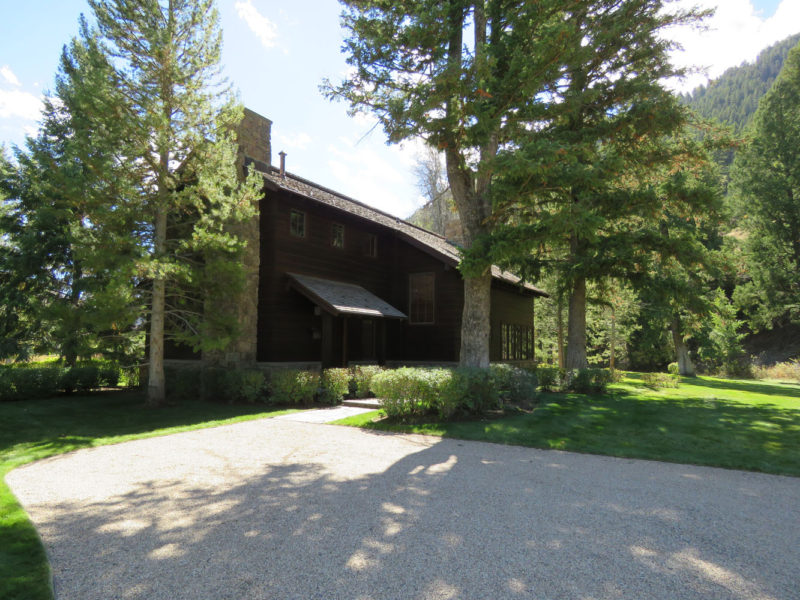 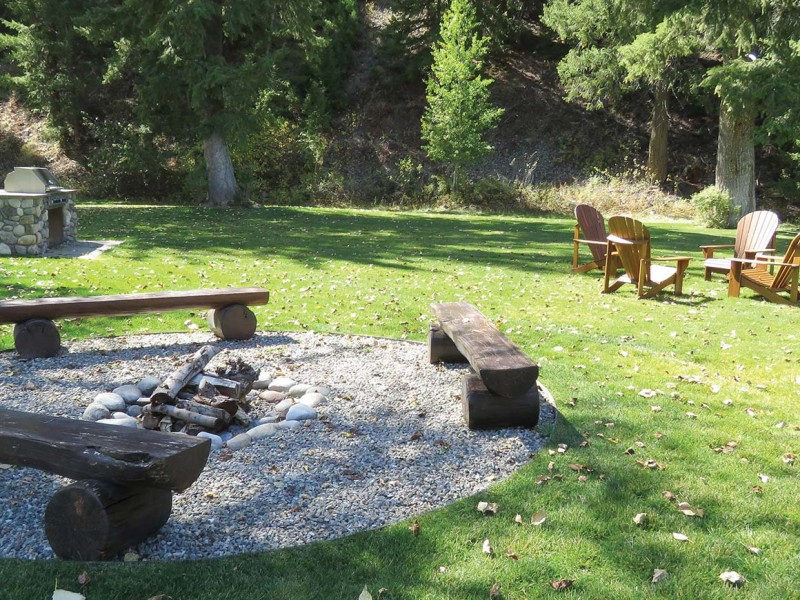 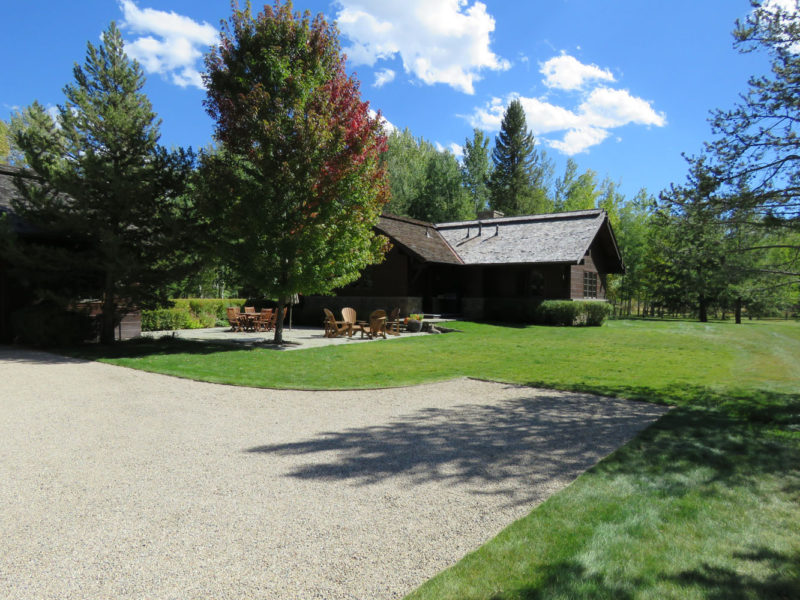 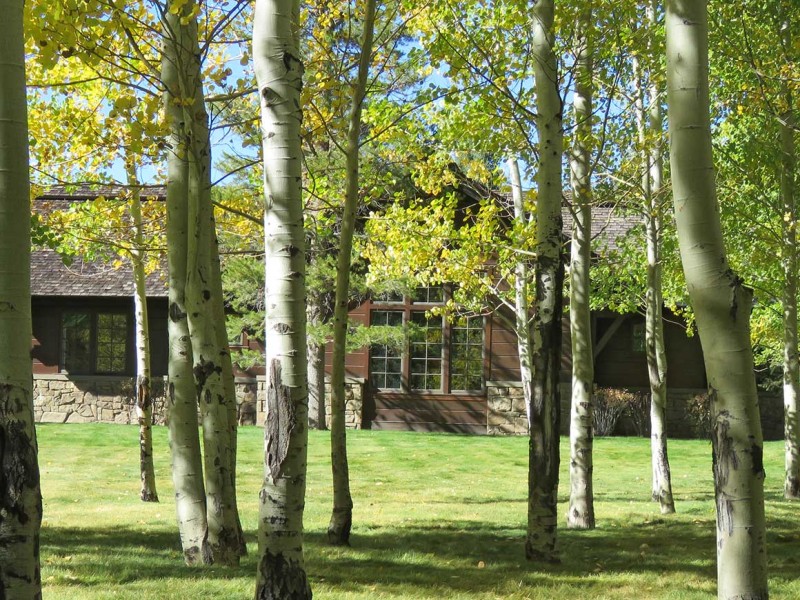 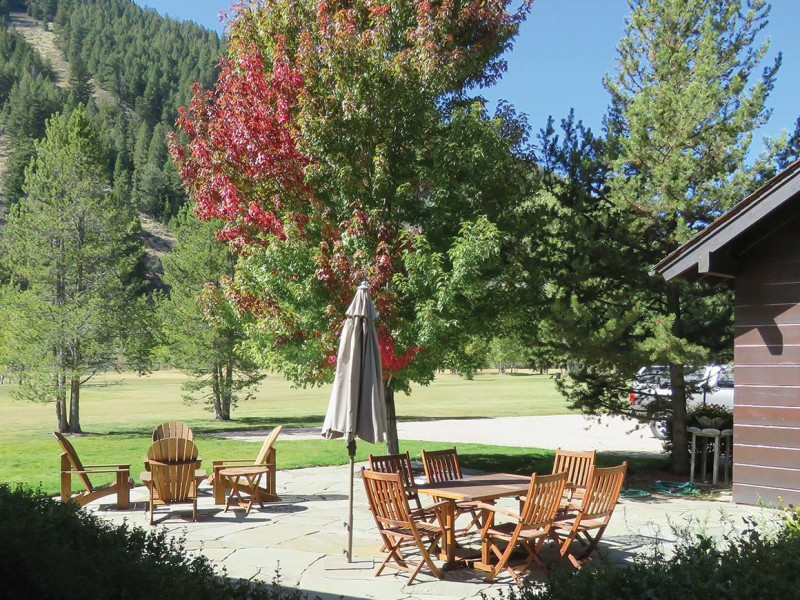 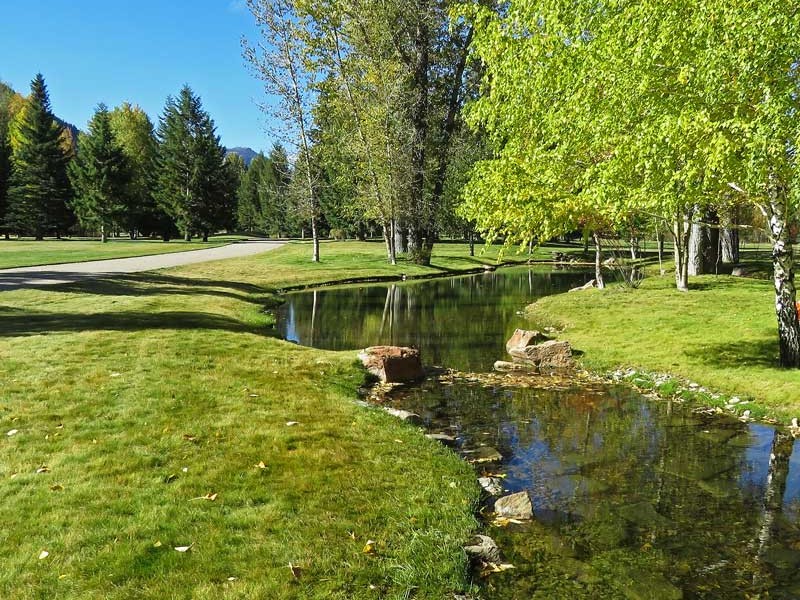 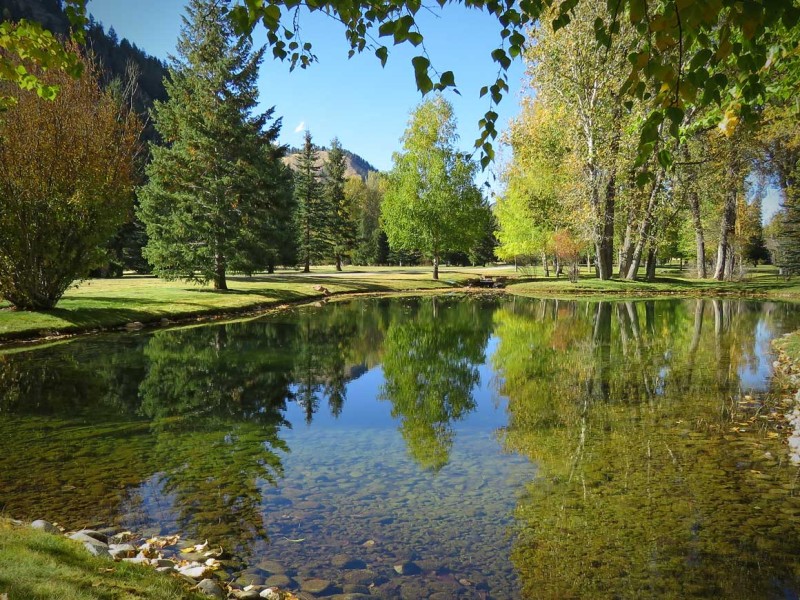 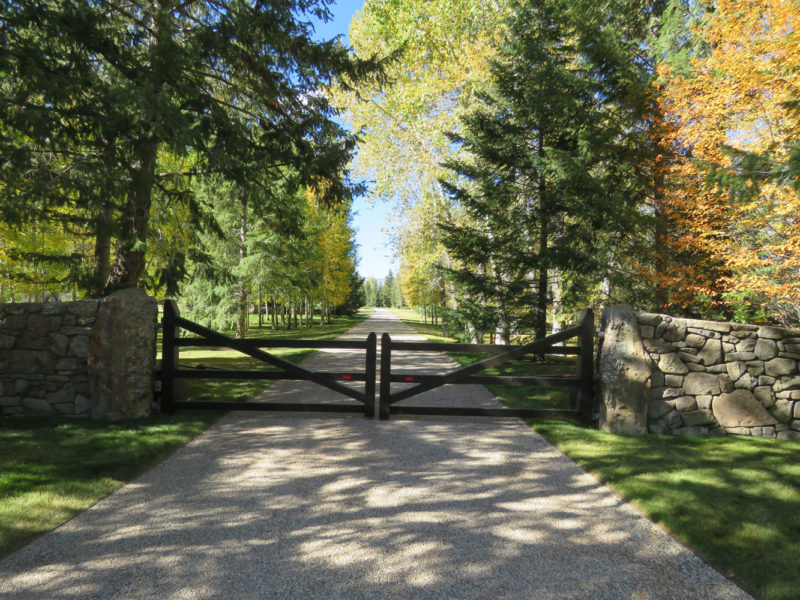 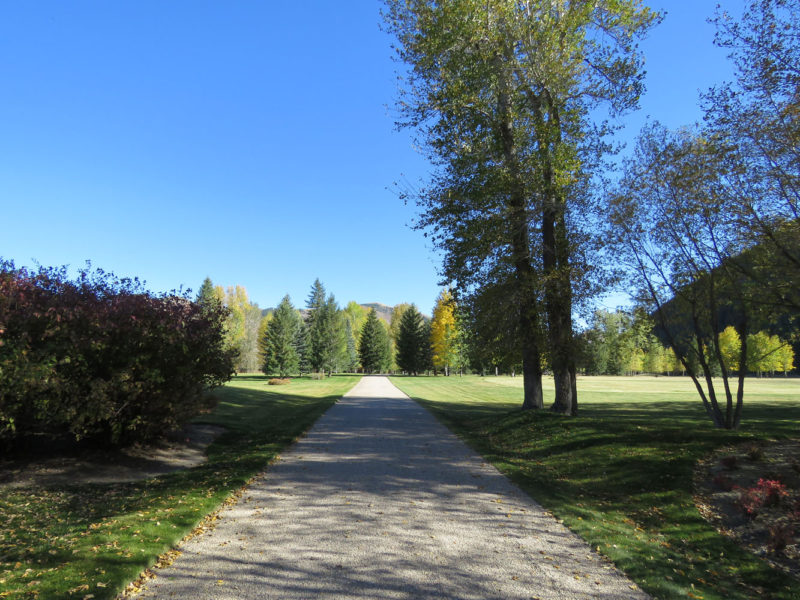 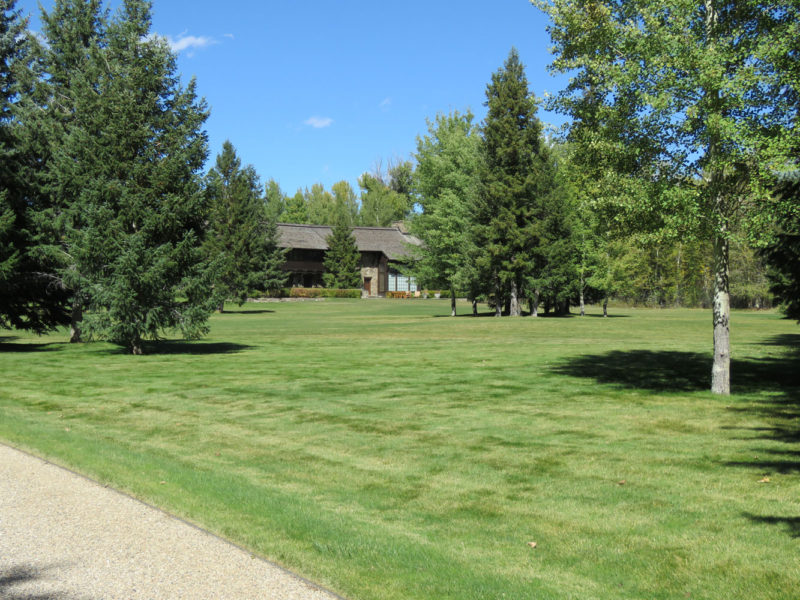 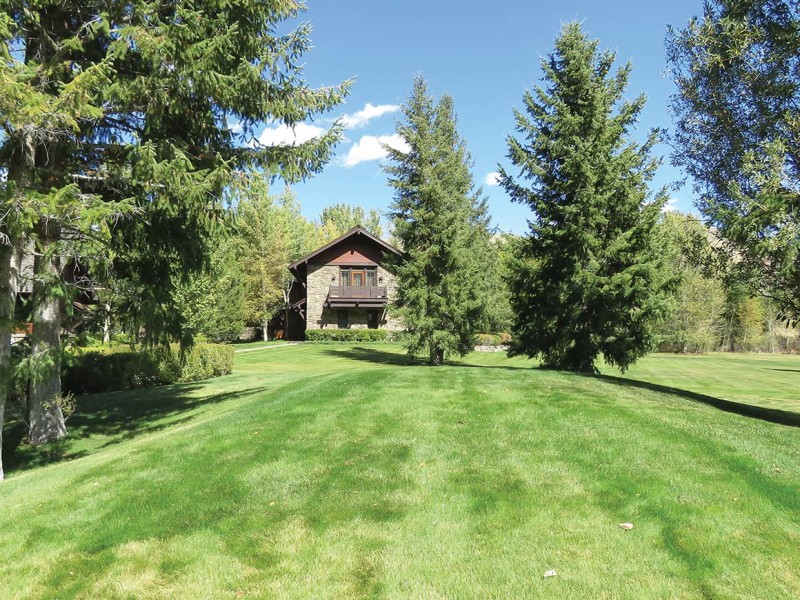 This amazing property just on the outskirts of town rests along the banks of the Bigwood River and is flanked by Bald Mountain. Originally developed for sale as individual lots, the developer had literally bulldozed a large portion of the land. So the restoration and enhancement of the entire property was a predominant goal. Eggers Associates used of large native Douglas Fir trees to direct the views. Large meadows of native grass provide a sense of calm and ease. Eggers Associates designed a new driveway to take advantage of all the site has to offer while still providing access to the guesthouse and caretaker house. The layout gives some distant views to the main house before hiding it in order to focus on other parts of the grounds and the distant views. Finally, as one comes around a curve, the front of the house is presented in dramatic fashion. Existing fir trees were retained and large aspen added to accentuate the entry and give the home a sense of age. The planting pallet was kept simple by using large drifts of shrubs and ground covers to deliver subtle impact. This project has stood the test of time as it has matured nicely with very little fussing or tending.